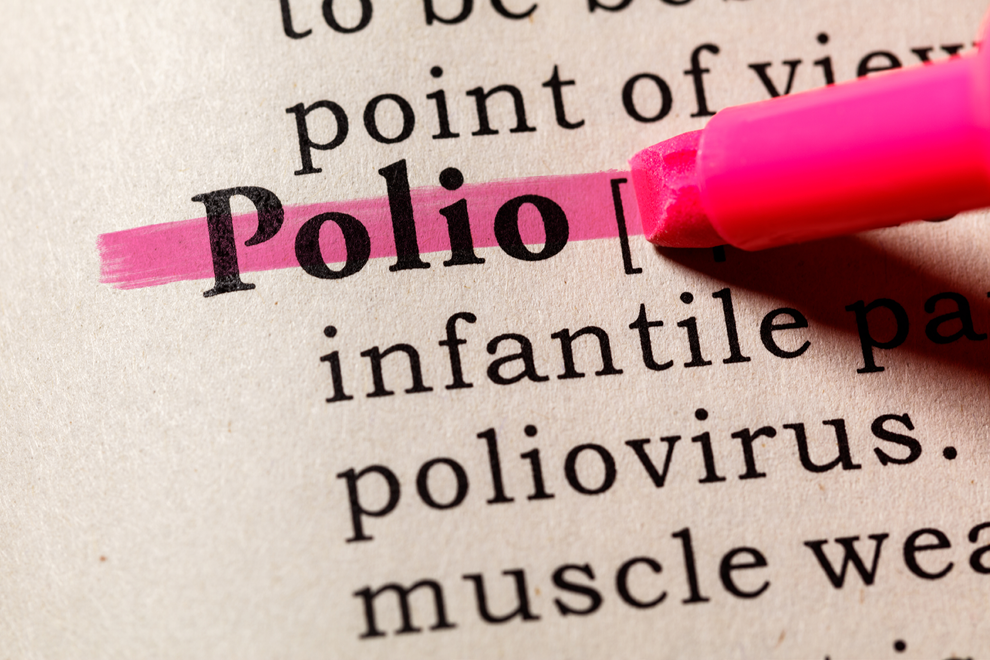 Although Polio is a rare disease which can be found in countries with poor hygiene and poverty, we are now seeing that there are certain areas and pockets where the Poliovirus is starting to appear worldwide.

In the UK, we have seen this virus being discussed by UKHSA. The World Health Organisation has now confirmed vaccine-attenuated poliovirus type 2, has been found in environmental samples in the London. This can be excreted as an infectious virus from a child who has been vaccinated, but before the host antibody response matures.

As a result, UKHSA are urging people to get vaccinated if not already. Immunisation is particularly important in young children under 5 as it can, in rare cases, lead to irreversible paralysis which can lead to death from muscle immobilisation effecting breathing muscles.

Poliovirus, a member of the Enterovirus group is contagious and can spread through contact with faeces, especially in areas with low sanitisation and hygiene. Those who are infected can spread disease for up to 6 weeks, including those who are asymptomatic.

The poliovirus enters the body infecting cells in the throat and intestines where it can replicate using the hosts cells mitochondria. It can spread to lymphoid tissue including tonsils where it can multiply further and can be released into the blood stream, where it can be distributed throughout the body and affect any organ.

What could we do to prevent the spread?

Hand hygiene and sanitation is an obvious answer but, in some areas, and cases it is not always possible.

As suggested by UKHSA, immunisation is important for people who are not vaccinated and are at risk, especially children under the age of 5.

Testing and diagnostics using PCR methods that enable rapid processing, gives us the ability to understand the virus but also the level of spread.

Usually, samples for molecular and genomic analysis are collected via   a throat swab using a swab and viral transport media such as the ∑-Virocult®. If an inactivation media is needed then ∑-MM™ can be used as it inactivates pathogens in 60 seconds, leaving their RNA/DNA intact for diagnosis. Poliovirus is a single stranded non-enveloped virus from within the Enterovirus family, and both ∑-Virocult® and ∑-MM™ are suitable medium for this virus family group.

Poliovirus can be cultured from faeces which usually goes through a prolonged cell culture process.  MWE’s Faecal Transwab® would be a suitable medium to collect and transport the sample to the laboratory if faecal sample was not readily available or desirable.

MWE’s Fecal Transwab® collection and transport medium is also compatible with molecular diagnostic processes using PCR, should the faecal sample require molecular diagnostics for pathogen detection. The Fecal Transwab®, is a swab-based system has been proven to help diagnose viral causes of enteric infections. The benefit of a swab-based system is that the amount of sample required is small, and it can negate the need to perform pre-extraction procedures that may be time consuming, costly and involve hazardous chemicals.

MWE’s products have been preferred products worldwide and have been used by the World Health Organization and UKHSA as quality and reliable specimen collection devices.